Maybe Rick Really Should Handle It

I have to be honest: I haven't felt nearly as entranced by Rick and Morty recently as I was when the show first started. I'm not the only one as even series creator Justin Roiland has said he wasn't as happy with season five of the show as he would have liked. There were some episodes that were amusing -- "Mortyplicity" and its decoy families, "Gotron Jerrysis Rickvangelion" and its amusing Voltron parody -- but for the most part there weren't enough big ideas or funny moments to really make the season memorable. It's weird to say that a show as bizzare and strange as Rick and Morty could tread water, but that's exactly how it felt in its fifth season. 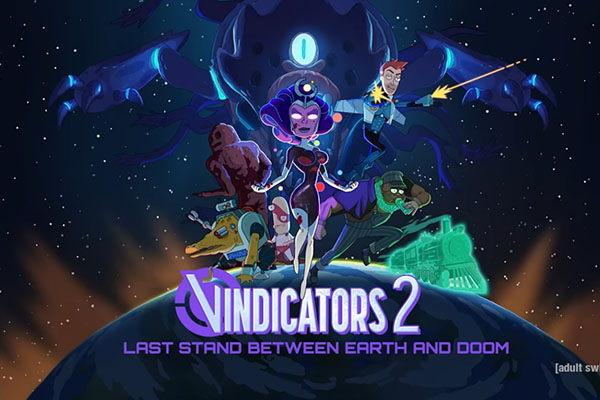 I bring all this up because Adult Swim just put out a spin-off / prequel to Rick and Morty, Vindicators 2: Last Stand Between Earth and Doom, and, frankly, it has the same issues as Rick and Morty's fifth season. It's an amusing little web series, to be sure, but despite its short run time and fast episodes, it still feels like the main series, just treading water.. This is a prequel that could have been condensed into a single episode of the main show and it wouldn't have felt special or any different. Worse, it's just not essential at all.

In Vindicators 2 (which acts as a prequel to "Vindicators 3: The Return of Worldender" from the third season of Rick and Morty) we join the team of superheroes -- Supernova (Gillian Jacobs), Vance Maximus (Christian Slater), Alan Rails (Lance Reddick), Million Ants (Tom Kenny), Crocubot (Maurice LaMarche), Noob-Noob (Justin Roiland), Lady Katana (Ally Maki), Diablo Verde (Christian Lanz), and Calypso (Cyrina Fiallo) -- as they plot a course for Earth to save the planet from Doomnomitron. They bicker and bitch among themselves long enough, though, that one of Rick's atomatic security devices rises up and destroys the villain, leaving the Vindicators with nothing to do.

So they decide to take credit for the kill and venture off to celebrate, party, and find some other planets to save (or ruin). They fight among themselves, keep secrets, grow apart, and maybe just prove they really aren't such a great team at all. After Supernova accidentally kills three of their teammates (spoiler: the ones that don't show up in "Vindicators 3") in a drunken haze, the team even begins to debate if they're really heroes at all. Can they pull their drama together and finally be the team they always needed to be? (We know, from the future, the answer is "no".)

As a web-series, Vindicators 2 is freed from having to do things the way Rick and Morty would. Shorter episodes means there doesn't have to be as much plot, just litlte threads and ideas that can be explored for a bit and then tossed away. Carnage can occur, people can fight and cuss and die, and then the series can move on. It does have a freeing energy in that respect since nothing shown here has to stick around for too long or overstay its welcome. Sometimes Rick and Morty episodes can drag out their concepts well past the point of being funny, but Vindicators 2 doesn't struggle with that. 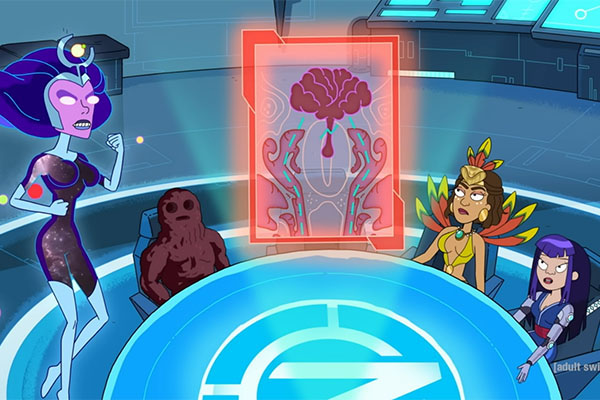 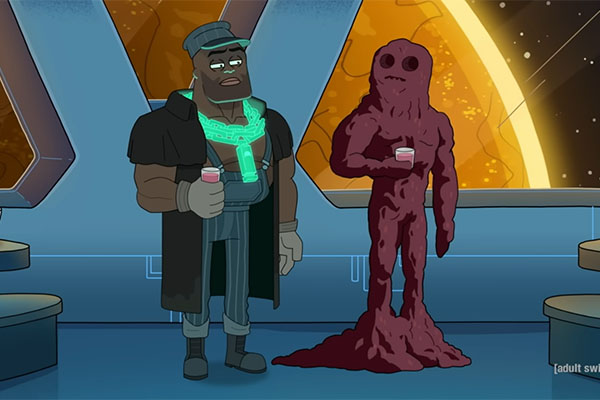 That said, while nothing has to stick around for too long there's also the problem that nothing really sticks here. This is a prequel and, as such, everything in this series is preordained. Characters that didn't show up in "Vindicators 3" clearly will meet some kind of grizzly end (and then do), and events only briefly mentioned in that episode obviously would get detailed here. This series ends up feeling less like a chance to explore all these characters and their part of the world than an elaborate way to simply chalk in details. Had this web-series come out before "Vindicators 3" then that wouldn't be an issue, but that's the inherent issue of a prequel: we basically know what's going to happen.

That extends not just to the story beats but also to characte beats. It's hard to care about the marriage issues between Supernova and Alan Rails when we know Alan dies in "Vindicators 3". The same problems go for Vance, Crocubot, and Ants: we know their fate so even if this show manages to find something poigniant to say about the chaarcters (which is rarely does) it still wouldn't matter. It's shading in people that don't survive so why should we really care?

Worse still, one of the characters that does survive the team's brush with Rick in "Vindicators 3", Supernova, really doesn't get much development here. She's a one-note character, a superhero that really should be a super-villain, but we already knew that from the previous episode. All this series does is illustrate all her character beats that we saw in that episode without really adding anything new. This could have been a chance to show Supernova more nuance and development (a key for her character since we could see her again in the future), but it really doesn't manage that either.

Now, I don't want to make it sound like this web series was a total failure. While I don't think the story is at all essential the episodes did still provide some very funny moments. The series gets off to a great start with a couple fo solidly hilarious episodes back to back with "Rick Can Handle It" and "Pro-Nouns". It also manages to find a deep bit of storytelling for Alan Rails in "Kintsugi". These are strong mini-episodes in the run that show the promise a series like this can have. Sadly that's three memorable episodes out of a run of ten, which doesn't strike a great batting average. 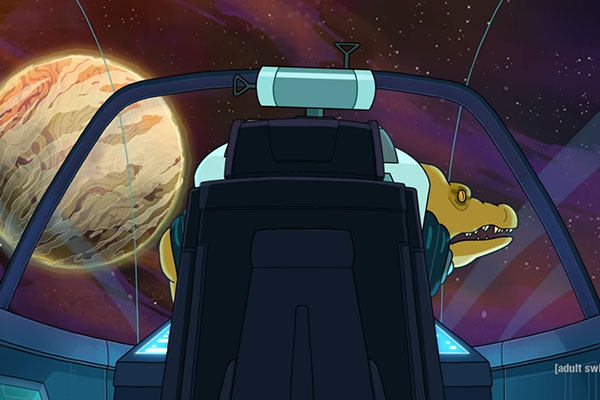 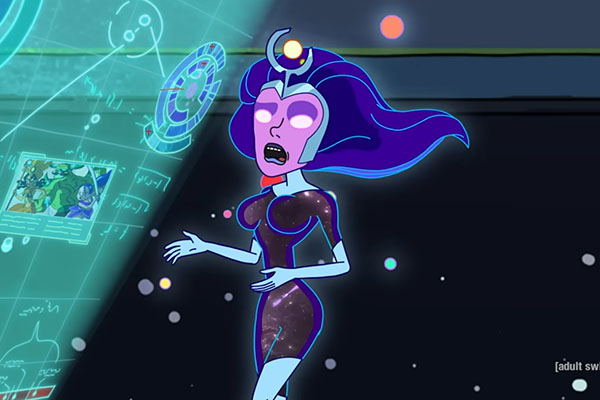 The series, really, is let down by its format more than anything. If, say, all this content had been put into a single episode aired as the season six premiere it could have made for an oddball, out-of-left field tangeant episode for the series. It could have focused the storytelling and made something interesting from everything we have here. it could then set up a better arc for Supernova down the road as, maybe, she tries to put together a Vidicators 4" to come after Rick. it wouldn't solve all the issues here -- prequels are still prequels with their inherent flaws -- but it maight have made this feel more essential.

Vindicators 2: Last Stand Between Earth and Doom is an amusing lark that helps to kill a half hour or so while you're watching online. But as far as providing an essential Rick and Monrty experience, this web-series (like the fifth season of the show before it) falls a tad flat.