A Lonely Stretch of Sand

In my review of the first of the specials from the last year of David Tennant's run on Doctor Who, "The Next Doctor", I stated that the episode was the best and most enjoyable of the specials as the rest were... not great. I do need to retract that because, while I was right that "The Next Doctor" is a pretty solid episode I had completely forgotten that "Planet of the Dead" existed. In my memory the series went from "The Next Doctor" to "The Waters of Mars" and there were only three specials total (combining parts one and two of "The End of Time", of course). "Planet of the Dead" flew right under the radar for me, ceasing to exist the second I was done watching it the first time. 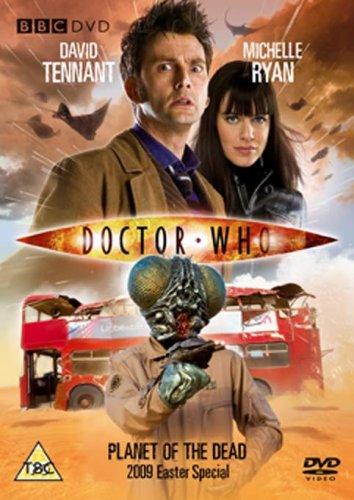 Now that might sound like a poor endorsement for the film, and in a way I guess it is. It's not that the special is bad at all, quite the contrary, but it's also not really all that "special" of a special. If it had been stitched into any season of the show, likely as a two-part episode, it would have felt perfectly of a piece there. It's a find and solid basic episode of the show but it doesn't really feel like it warrants the boost in emphasis it received being made into a special. It's solid Doctor Who, nothing more.

And yet, considering the quality of these specials in general (and the next two in particular), solid Doctor Who is actually a good thing. We're nearing the end of the Russel T. Davies era of the show and all the worst tropes and excesses of his time as show-runner are more and more evident. We saw a bit of that in "The Next Doctor" and we're not really going to be free of it in the climax for this special, "Planet of the Dead", but both of these episodes keep their worst impulses to a minimum at least. And, between the two, I'd actually take this episode over "The Next Doctor" just because the bait-and-switch from the last episode (even if I didn't mind it as much on second viewing) is still a little annoying.

In the episode we're first introduced to Lady Christina de Souza (Michelle Ryan), an expert thief who'd just stolen the Chalice of Aethelstan from the London Museum. Security quickly notices the missing chalice (honestly, she left an obvious calling card that drew attention) and the police quickly chase after our noble lady thief. She boards a double-decker leaving town and, wouldn't you know it, so does the Doctor (Tennant). And when the Doctor is involved something bad likely is about to happen, which is does as the bus drives right through a wormhole in the middle of downtown.

The police cordon off the area and immediately call in the experts, UNIT, to understand what just happened. Meanwhile the Doctor and his bus full of companions, end up on another planet, stuck in the middle of a desert wasteland. The bus was damaged by the transit through the wormhole but traveling back on foot isn't safe (as the bus drive quickly proves). The bus riders all have to work together to fix up the bus just enough to get back home, especially as there's an infestation on the planet (that rendered the entire civilized world into a pile of sand) and they're headed right for the wormhole. Earth's fate rests in the hands of the Doctor and a bus full of travelers. 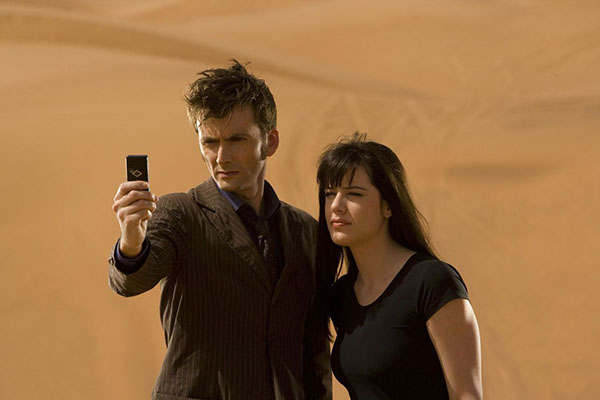 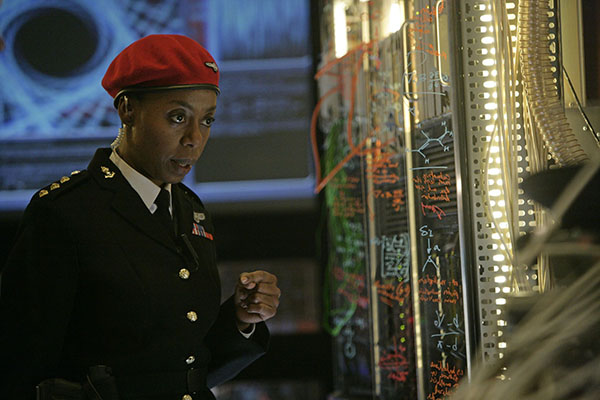 The best thing this episode does, right from the start, is cast Michelle Ryan as the lead companion opposite Tennant's Tenth Doctor. Ryan had just come off stints in EastEnders, Bionic Woman, and Merlin and she was thought to be something of a "star on the rise". And, frankly, she's great here, having solid chemistry with Tennant's Doctor and making for a fantastic, and enjoyable, companion, one that felt like she really should have hopped into the TARDIS and taken a tour with the Time Lord. Of course, they weren't going to add a new recurring companion to the show this late in the Doctor's run, and Ryan was growing too big to be tied down by this show for a long stint... at least, at the time. Since then her star has waned and this does seem like the high point of her career now.

Lady de Souza was certainly a great addition for the show, though, at least in this episode. She stands as another companion that is a clear equal to the Doctor, making for a pairing that's as much a meeting of minds as it is about the thrill of the adventure. Their dynamic drives the episode, giving it energy and spontaneity, an energy that makes watching the episode infectious. This is probably the best pairing of characters during the whole Tennant specials year, making "Planet of the Dead" quite the enjoyable special all around.

That said, the episode does have its flaws. The worst, as is usually the case with the Russel T. Davies episodes, is that the climax just gets more and more over the top. Much of the episode is a solid, character driven piece, not so much a bottle episode but not far off from it, either. Once the climax hits and the bus flies (literally) back through the wormhole, that closer, more intimate feel is lost and episode goes in on the bombast and high energy. It's quite the shift in tone and style from the first 70-ish minutes and it ruins the vibe of all that came before. It's not a deal breaker, but it's the climax the episode really needed, either.

And there's also a middle section of the episode, a spot where the Doctor and the Lady are captured by a couple of giant, sentient fly-people (who do eventually become their allies) that ends up being all exposition and story-dumping. The episode doesn't have a clear way to give us the scoop on what happened to this planet (of the dead) nor what the threat really is, so it's all shoved into this ten minute middle section instead of doled out gracefully over the course. This makes the middle section drag a fair bit, ruining the pace of the episode a bit right when it really should have ratcheted up. 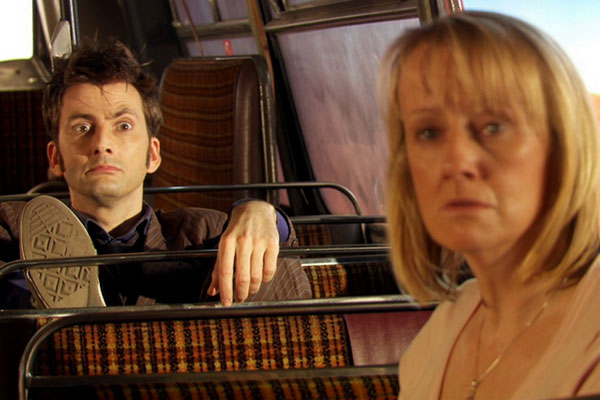 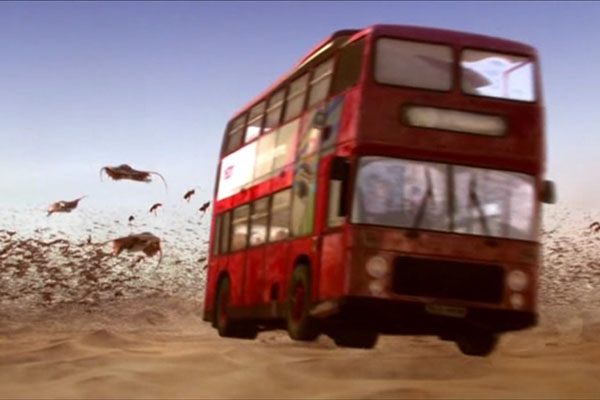 The biggest knock against the episode, though, is that it's just not that memorable. As I stated above, this story could easily fit in anywhere during Tennant's run and it wouldn't feel all that different. Sure, Lady de Souza would have had to share some screen time with Donna or Rose or Martha, but outside that one small tweak nothing about this episode would feel any different. It's a solid but basic episode through and through and, especially because the Lady doesn't stay on afterwards as a regular companion, there's nothing to really mark this as an episode you have to watch.

"Planet of the Dead" is fun and fizzy, but it's enjoyments are fleeting at best. When doing a run of the best most impactful episodes of the series I doubt this episode would crack the top ten. It has delights, and a few to spare, but since nothing that happens here really has any lasting impact on the show it's a bit of fun that fades away just as quickly. I liked it in the moment but I doubt even a week from now I'll remember much about what happened here.