As I've remarked before, there's a trend in Hollywood to give every actor above a certain age their own John WickStarted as a tale of redemption and then revenge (in that order), the John Wick series has grown to be a adynamic, reliable action series that doesn't skimp on the hard hits and gun-toting thrills, elevating Keanu Reeves as one of the greatest action stars ever.. it used to be that all these aging actors needed their own Taken, but then that series creatively tanked and John Wick came out and suddenly everyone was interested in the new hotness (same as the old hotness). All you needed was a retired assassin forced to get back into the life for one last time and, boom, you had an instant action movie on your hands. Oh, and you needed a credible action star to lead it all. Maybe a Keanu or a Neeson to carry it all. 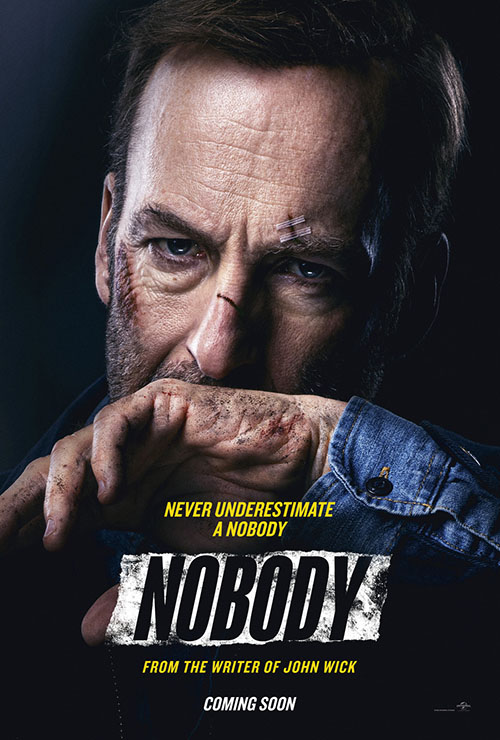 Or maybe not. As 2021's Nobody proves, all you really need in an actor game enough, along with input from producer David Leitch (who helped foster the John Wick movies, among others) and you could get the right vibe. The fact that film stars comedian Bob Odenkirk proves that you don't really need an action actor to pull of action scenes so long as the actor is game enough. That's why this movie really works, because Odenkirk is willing to throw himself into the role (and all the action) with absolute gusto.

In the film we're introduced to Hutch Mansell (Bob Odenkirk), a guy working as an accountant at his father-in-law's factory. He's a solid worker, keeps to himself but is a nice guy. He has a weekly routine with his wife, Becca (Connie Nielsen), and kids, Blake (Gage Munroe) and Abby (Paisley Cadorath). You can tell he's bored by his life but he doesn't really seem to have any way to liven it up (or, at least, chooses not to). And then people break into his house and everything changes.

That incident (where he easily could have taken them out but doesn't) sends him off to get back the things they stole. But then, instead of killing the robbers (a husband and wife just trying to make ends meet for their sick kid), he backs off. There's still pent up rage in him but no way to release it, so he lets it loose on a bunch of thugs on a bus (who, in fairness, were likely about a rape a girl). He beats the men nearly to death, and leaves one of them in a coma. That man, though, was the brother of Russian gangster Yulian Kuznetsov (Aleksei Serebryakov), an, well, Yulian wants his eye for an eye. This leads to a war between Yulian and Hutch and that's when all of Hutch's past comes out, revealing just who this "nobody" really is.

Having watched the John Wick films I can't say that anything revealed in this movie, about Hutch or his past or anything, really came as a big shock. He carries himself, when he's doing his wet-work, like he was a former assassin and, yep, that's exactly the past that's revealed for him. It's all played like a low-grade, low-budget John Wick with the characters playing in the same kind of world, doing the same kind of things, just without Keanu Reeves and quite the same level of polish. 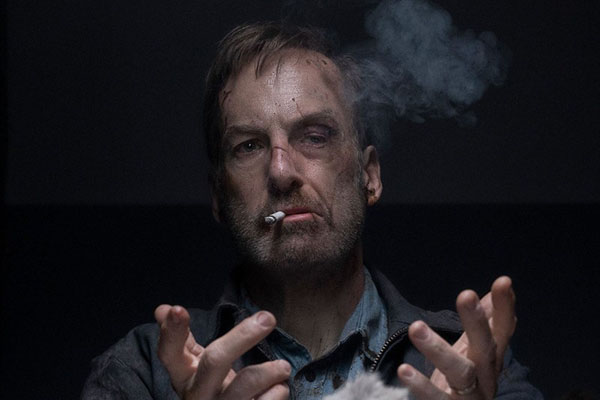 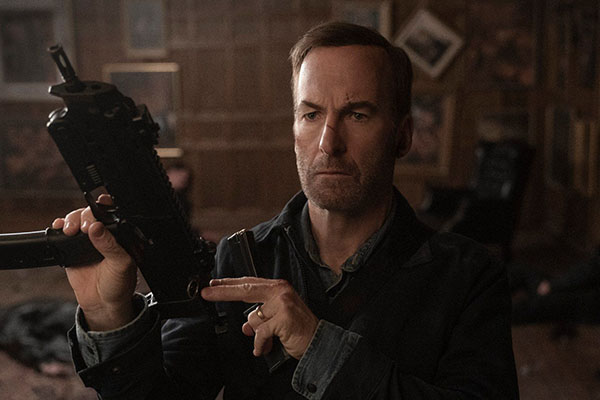 That's not a knock on Nobody, mind you. The first John Wick was made on twice this budget of this film so, of course, it's going to look nicer. But for the budget the creators manage to create a really solid and credible work that stands in the same sub-genre. It has the action, it has the world-building, and it all holds together really nicely. Whatever flaws it does have can be attributed to the smaller budget along with a fairly green director, Ilya Naishuller (best known for Hardcore Henry) still getting their feet.

The best part of the film is the cast, hands down. Odenkirk takes the lead here (as the titular "nobody") and he just absolutely owns it. He's great in the dramatic moments, even better in the few scenes with levity, but best of all he makes a credible action star. He's not over-the-top of flashy (because he's not a pro action star), but that actually helps to sell the idea this is a retired assassin slowly getting his wet-work sea legs again. What Odenkirk can sell really well is the fact that the things he's doing, and suffering, really hurt and that goes a long way towards keeping the action of this film grounded.

Aiding Odenkirk is the game cast of supporting actors. Michael Ironside is great as Hutch's father-in-law, stealing the couple of scenes he's in. RZA features as Hutch's adopted brother and his acting chops really get put to good use (even if, again, he only shows up in a couple of scenes). Hell, Christopher Lloyd gets to play at being an action star here, despite the actor being 82, and if this film doesn't convince you we all missed out on his career as an action superstar then you must be dead inside.

The action really is where the movie shines brightest. There are a couple of really solid scenes mid-movie -- the bus fight, a shoot out at Hutch's house that leads to a solid car-set sequence -- but it's the climax of the film that really nails it. We get a tense stand off between Hutch and the mobster, then a cool car chase, all followed by a big shootout at Hutch's place of employment (where he puts the offices to great use). A lot of clear planning and coordination was put into the film to sell the action and it absolutely shows. 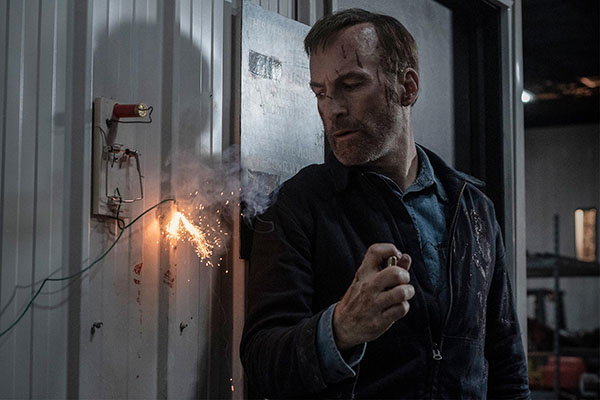 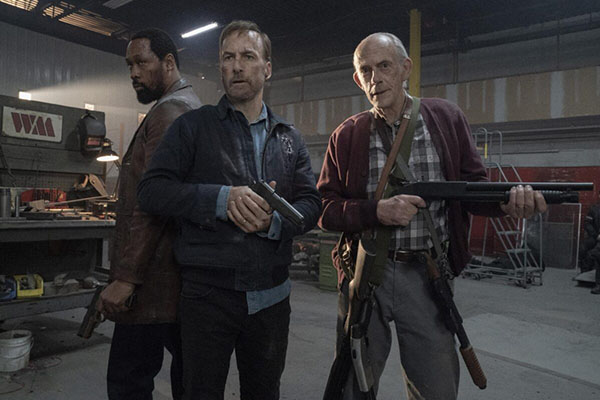 Frankly, though, what this movie shows more than anything is that we need more Bob Odenkirk in action roles. Between this movie and his fantastic work on Better Call Saul, the actor ha shown he has range well beyond just doing comedy. He can do drama, and action, and solid character work and if this film doesn't lead to a sequel (and several other action roles for the actor) I will be severely disappointed. And hey, maybe give Christopher Lloyd a chance at doing more action, too.