The Battle for the Head of NBC

As I noted in my review of the first season of 30 Rock, it was impressive how that series came out swinging. Sure, it's first six episodes pointed out that the show needed a touch of retooling, but once those first episodes (which could be thought of as the "pilot episodes") were past, the show found its voice and stormed off to greatness. Not many shows are able to find themselves that quickly (which is why so many get canceled quickly) but 30 Rock had that spark. 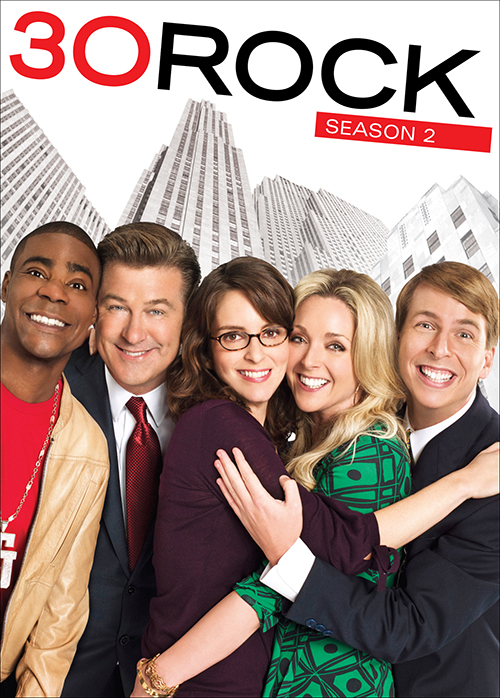 And then the writer's strike happened. The 2007-2008 Writer's Strike struck a lot of shows in their gut. When it happened, all the writers that were part of the Writers Guild (which is pretty much every writer on every major show and movie as they were all "union shops") had to stop writing. The shows would still get produced, working off whatever material was already written down, but no new content could be generated by the writers until the strike ended. A number of shows struggled with this (Heroes notably had a truncated second season that not only sent the show in a different direction from what was originally planned but also basically killed all the momentum of the series, leading to its own eventual cancellation), and when you go back to shows that were airing around 2007-2008 you can easily see when the strike happened.

30 Rock was no exception. Not only was this one of only two seasons to not have a full 20-plus episode order (only 15 episodes were made this season, while the last season got a shortened 13 episode order to help the show wrap up), but the whole vibe of the season just felt... off. Like, not bad but there was an energy that was lacking to the show, a spark that was missing from all the comedy of the show. Likely this was due to the fact that the writers whole wrote the scripts couldn't participate in the rewrites or edits as the shows were filled, a vital part of the production process. This left the show with good ideas but now as many solid gags or stories to work from this season.

You can feel the struggle in every episode of this season. That's not to say any of the episodes are necessarily bad, per se, more that there's a certain spark that's missing this season that was such a part of the previous one. That the show works at all is because the actors are able to sell the material through their reactions, their line deliveries, and their natural charisma. Alec Baldwin and Tina Fey both have ways of turning a line reading, of giving it that needed little reaction that makes it funny even when the line itself is a dud. Some shows couldn't manage to carry themselves through a bad season without it seeming bad, but 30 Rock manages and that's a testament to the show and the people on it.

A big reason why this season feels flat is because its characters don't really do anything major this season. Liz Lemon never manages to find a gear for her life, possibly getting back together with Floyd but that never actually goes anywhere, while Donaghey meets Celeste "C.C." Cunningham (Edie Falco), a Democratic Congresswoman, but then that two has to be cut short, reverting the characters back to where they were at the start of the season once more. 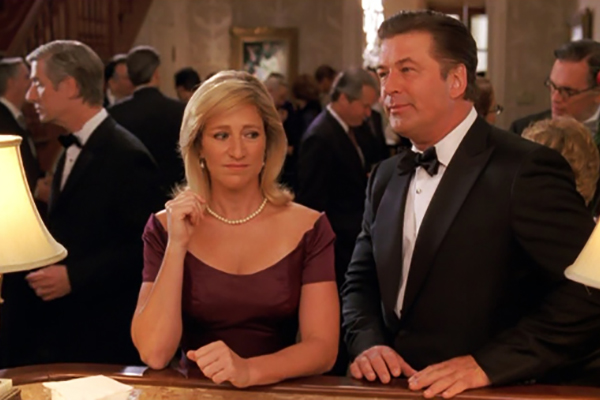 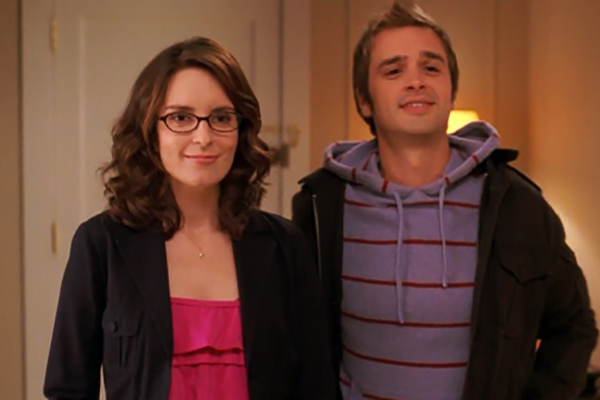 Hell, the only plot line that actually seems to have any weight to it is the saga of Devon Banks (Will Arnett), another NBC exec who has designs on being the next head of the company, a position Jack wants. These two butt heads repeatedly but its when NBC president Don Geiss (Rip Torn) has a stroke and ends up on his death bed that Banks makes his move, putting the moves on Geiss's very immature (stunted, even) daughter, Kathy Geiss, that he's able to take over (temporarily) running the whole company.

Honestly, this is a plot line that never should have happened. To start, Banks is gay and this leads to several awkward, even predatory, storylines about Bank hitting on other men and forcing them into situations. Considering the gay community has fought directly against this depiction of gay people, the show playing with it as a trope looks pretty bad. It's the kind of thing you'd expect someone to pitch, a few voices to say, "no, you know what, that's offensive for all the wrong reasons", and then it would have been thrown out. Except, with the writers' room on strike, no one could make that call.

It's the same for Kathy Geiss and her character's... metal issues. She's basically a 12-year-old (at least) in a 40-year-old's body, and the show make no bones about that. Hell, that's a big part of the "joke" about her character. It's a joke in poor taste, to say the least, compounded by Banks then going after her just for power in the company. A doubly-predatory story, then, made more and more icky the longer in played out. It did show Jack to try and fight for what he wanted, and that did lead to a slight bit of character growth, but it comes at too high an expense.

Meanwhile many of the other characters get more annoying and less interesting this season. Jenna is still Jenna, a shallow and empty character played with only marginal amusement by Jane Krakowski. Jack McBrayer's Kenneth gets more obnoxious (and more religious) this season making it a chore to sit through his shtick. And Tracy Jordan (Tracy Morgan) slides further and further into Flanderization, becoming an even dumber shell of the idiot character he started from. It's just tragic. 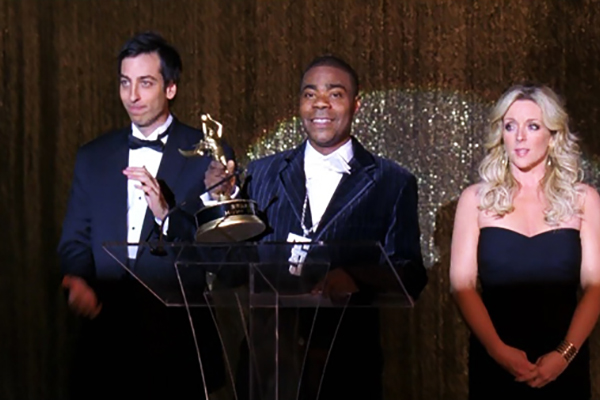 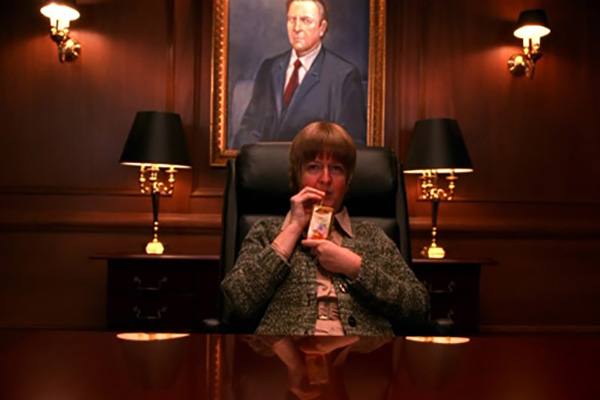 In comparison to the first season of the show, which I devoured enthusiastically, this second season was simply watchable at best, something I half payed attention to at worst. There were decent moments in the show, funny little bits here and there, but it wasn't the comedy riot of the first season. It thankfully does get better from here but this season certainly feels like a low point for the show as I go back through and watch everything again.