Across a Span of Worlds

I'm picky about a great many things but I find that I have a hard time picking up and playing new games because of the investment involved. It's a lot of time and energy I have to put into a video game, not to mention the money, and if the game ends up being bad, or I run into a section of it that really annoys me, it can feel like it was time wasted. The completionist part of my brain hates it when I can't finish something but the rest of me hates it when something doesn't live up to the standards I expect. Thus so many titles that come out pass by me because I don't want to be burned (speaking of games that burned me, Borderlands 3. 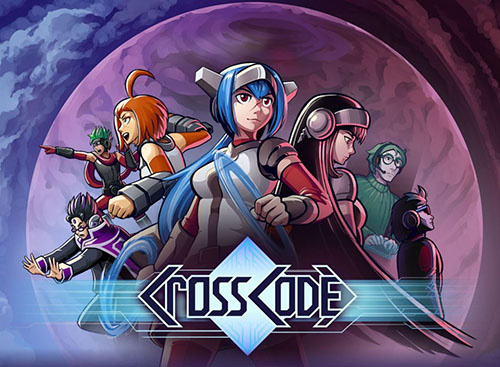 CrossCode is a game that showed up on my radar simply because of its trailer. That bit of footage, laced with excellent music and winning graphics, made me really want to play the game. I waited a while for it to come out so I could see reviews (because a trailer alone isn't enough to tell me if a game is good), and when those reviews said the game was something special I dove in and grabbed it for my Switch. And you know, I can see what the reviewers were thinking... but I still don't find CrossCode to be an entirely enjoyable experience, certainly not one that I'm ever going to finish.

The basics of the game are that you're Lea, a girl who is actually an avatar in a MMORPG called "CrossCode". The realm of CrossCode takes place on an actual planet, but all the characters, monsters, and everything else on the world are digitized. Everything except Lea, sorta. Where all the other characters in this game-within-a-game are played by people jacking in from their own worlds, playing it like any other MMO, Lea is a permanent fixture, lacking a human player but having sentience of her own. The adventure, then is all about her journey of discovery to understand why she exists and how she can get her true reality back.

On it's face I rather like this. Lea is a cute character, in design as well as in her limited reactions (she's the classic "silent protagonist" due to an error in her code so she goes through most of the game only able to wave and occasionally utter one or two select words), and her journey of discovery is a good hook to get us, as her player, into the game. The fact that lea doesn't have a player, but we're obviously her player, is a nice little bit of meta commentary, and it is fun to take lea for a spin and see what she's capable of.

At the outset the game is fun to play. Lea has a limited set of basic powers that she gets to grow and evolve over time. She's a "Spheromancer" (all the character classes in this world are based on polyhedrons) and she can throw spheres as well as dish out flurries of melee attacks. When taking on some of the packs of enemies the game has a good balance and can be enjoyable. none of it is super deep, but there's a fun mindlessness to the combat that makes the button mashing and character dodging feel a little like a balletic dance. 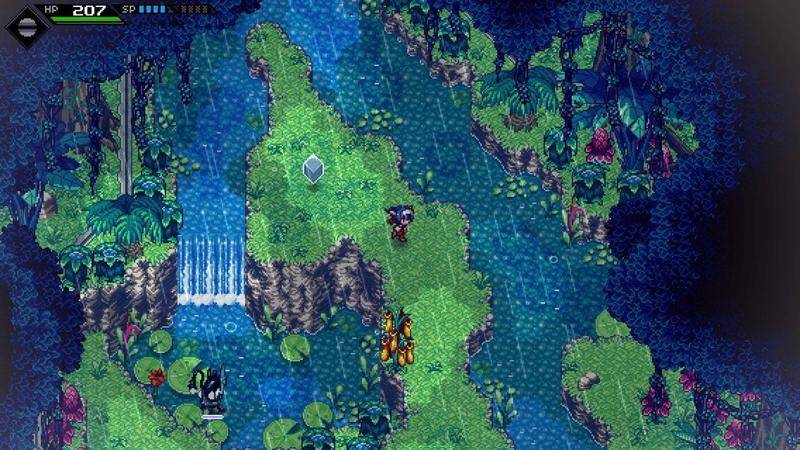 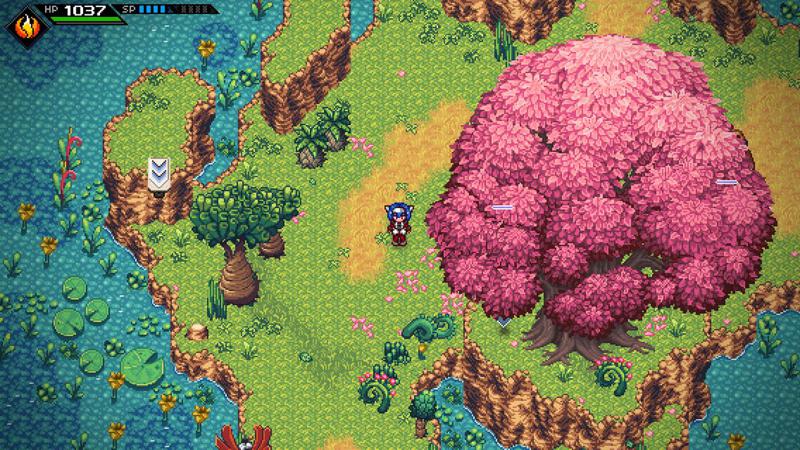 One of the first big issues I had with the game, though, is just in how limited Lea is. You only ever play as her and her powers take a long time to develop (you have to go through four elemental dungeons to unlock more of her abilities, which does put a damper on her growth). It feels worse, though, because there are other characters that can join up with you and they have cool powers of their own and you just wish you could play them, too. You never get a chance, due to the confines of the setup and the story, and that feels really bad all things considered.

It doesn't help that the game gets pretty aggressive pretty quickly. There's a steep curve from the starting areas of the game and the first major boss you fight, a massive robot in a cavern of fire and ice. That's a boss that took me multiple attempts to do even though I was significantly leveled for the area I was in, and it was nearly a breaking point for me in the game because of just how ruthless that fight can be if you aren't absolutely precise.

CrossCode is an action RPG so it's not that you just have to worry about menuing and timing attacks; this is an active game and you're in control of Lea the whole time so when the game expects you to be precise it damn well means it. The developers went on record saying they wanted the game to be challenging, and they certainly achieved that, but I tend to feel like they took it a little too far; either you do it perfect or you don't move on in many cases, and that's just not a lot of fun, really.

it doesn't help that the game is geared to limit just how far you can level your characters in any given area. New areas features stronger monsters worth more EXP but it's also done on a curve: get more powerful and the enemies give less EXP, to the point where monsters that were once leveling you quickly in a new region only give a single EXP by the end of that zone. If you run into an issue and need more EXP you'll just have to come back after you've explored somewhere else; if that sticking point is the only path to progression then you're just out of luck because you aren't going anywhere until you "get good". 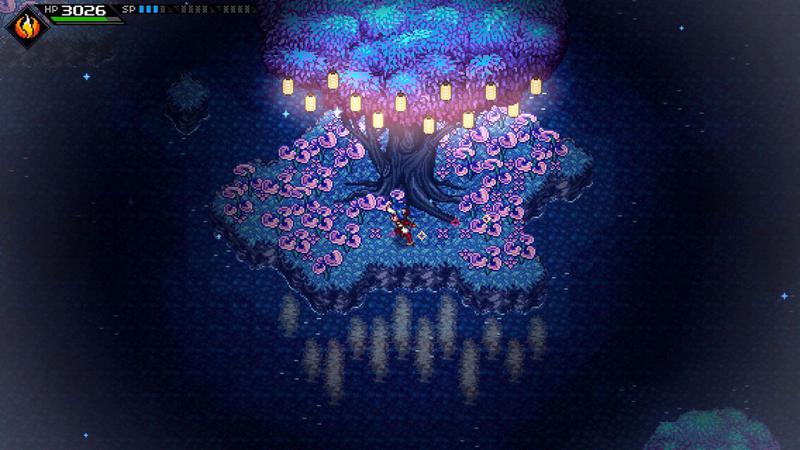 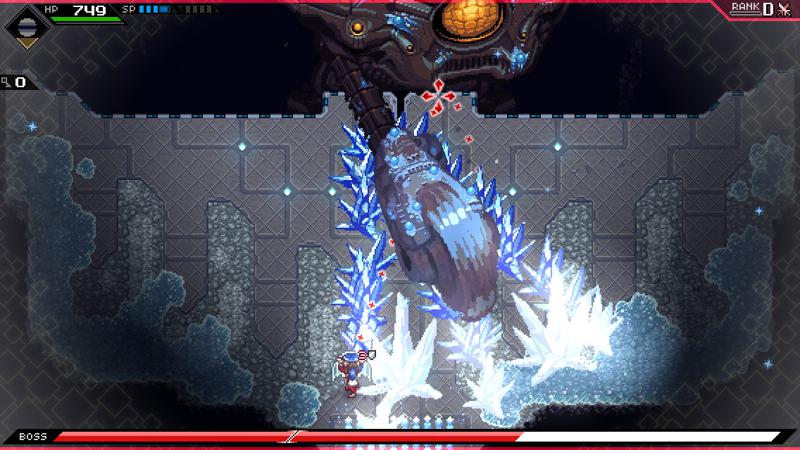 Now, yes, you can turn down the difficulty from the default to an "easy mode", but I think I would have preferred it if the harder mode was put as a bonus setting for the players instead. Game developers should normalize making games enjoyable for more people not stigmatize easier playing behind "easy mode" settings. If someone wants a challenge they can turn it on and play their iron-man settings, not the other way around frankly.

It doesn't help that past the opening zones the game not only get difficult from a combat perspective but also from an overworld perspective. The second zone, a desert area, has large looping paths that are hard to navigate and find your way around. I think I only explored sixty percent of that section before I gave up and moved on, and later areas are even worse. That's to say nothing of the more and more challenging monsters and boss, and it all gets to a point where I realized I'd spent twenty hours in the game and wasn't having fun anymore. That's what I set the controller down and moved on.

It sucks, too, because the game has such potential. I loved the pixel-graphics art-style, and the music is so good I picked up the soundtrack. But the game-play is lacking and its obvious that the developers placed a higher emphasis on challenge over welcoming atmosphere. This is a game that gets downright punishing at times and I just don't have it in me to spend the hours grinding against it to get my skills up to where the game wants me. CrossCode is a beautiful flowers with nasty thorns just under the surface, and while I love to look at it I don't think I ever want to touch it again.