Robert Downey, Jr. is one of the biggest stars in the world. It's hard to remember a time when he wasn't a hugely bankable star that could basically be in any film he wanted, rolling in $50 Mil to appear in whatever the latest Marvel movie might be. However, there was a long time where the actor struggled to get work, taking whatever small films he could while he struggled with drugs and alcohol (and a stint in prison). There was a time where RDJ was a joke, and instead of being in demand he'd take whatever work he could get (and studios hired him because he was cheap). 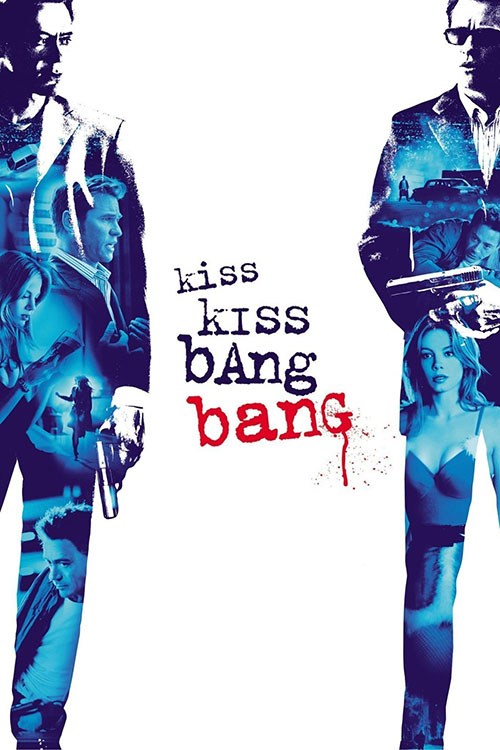 The turning point for the actor came after his last stint of rehab, around the early 2000s, and a few movies helped to reshape people's views of him. Yes, Iron Man was his big relaunch, but even before then he starred in solid films like Zodiac, Good Night, and Good Luck, and before those, Kiss Kiss Bang Bang. This is a film I've heard people talk about, more than a few times, as the big turning point for the actor. That is, when they've heard of this film at all.

Kiss Kiss Bang Bang, was, effectively, a turning point for more than just RDJ; it was also a career relaunch for writer/director Shane Black. Black, of course, came to fame with his script for the first Lethal Weapon film. He's had a few other mildly successful script since then, such as The Last Boy Scout and The Long Kiss Goodnight, but it was the failure of that last, Geena Davis-starring actioner (which I think is great) that cause Black to take a break from Hollywood and find his muse.

He came back with this film, a weird, quippy, neo-noir set in the hills of Hollywood. You can see all the Black trademarks in this film: lots of snappy dialogue coupled with casual violence as needed, a setting right smack in the middle of the holiday season, and, yes, lots of references to L.A. and Hollywood. This is the kind of film, of course, that the Hollywood elite love to see: a film that pokes and prods around the edges of the curtains, playing with a world Hollywood stars know. This is a Hollywood film for Hollywood people, and was the right kind of film for Black to pitch to relaunch his career. In the process, though, it also elevated Downey, Jr. as well, even if it wasn't a huge success at the Box Office.

The film is a perfect vehicle for RDJ. In it he gets to play a sad-sack loser who drinks too much and can't get his life together. If that sounds familiar it's also a riff he played when he took on the role of Tony Stark / Iron Man, and it worked just as well there as it did here. When RDJ played these kinds of characters you could tell he invested his whole experience into the role (the same could be said for his sad-sack turn in the teen comedy Charlie Bartlet, which is also great). The film lets him play all the things he's great at: snappy quips, deep pathos, lots of bumbling around, and then strong dramatic turns as needed. RDJ is a great actor and this film really allows him to show all that. It's the perfect showcase as he plays an absolute shit-heel. 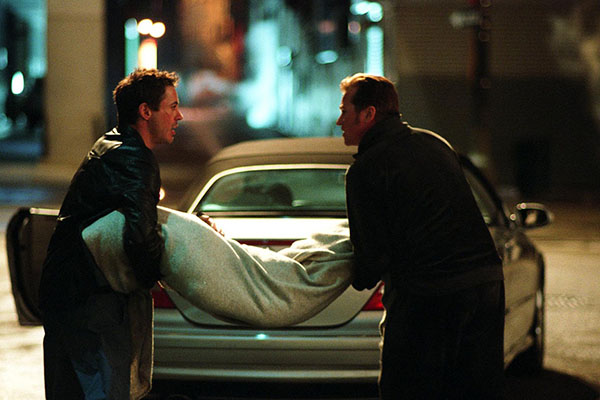 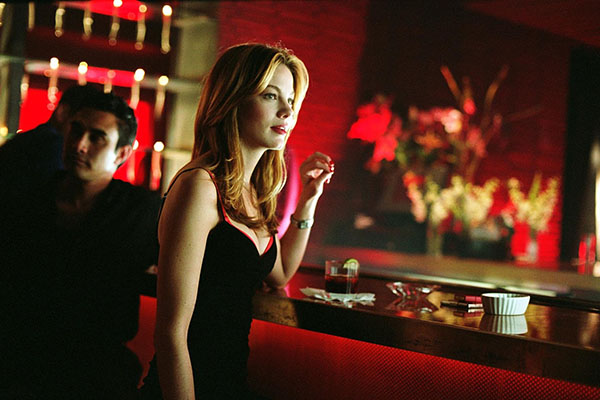 In the film, RDJ is Harry Lockhart, a petty thief who's spent one too many stints in the big house. He nearly gets caught robbing a toy store, but he's able to dodge the cops at the last minute, diving into an audition for a film role. After he somehow impresses producer Dabney Shaw (Larry Miller) he's flown out to Hollywood to be paraded about while production on the film ramps up. To prepare for the role, Shaw has Harry train with "Gay" Perry van Shrike (Val Kilmer) to learn the ins-and-outs of the private detective business.

While they're out on a stakeout, supposedly to get pictures of a cheating husband, they instead stumble upon a murder. They realize that they see the dumping of a body into a lake, and that body might just be rich socialite Veronica Dexter. Her father, producer and former star Harlan Dexter (Corbin Bernsen) was also the host at a Hollywood party Harry was just at and, wouldn't you know it, Harry's former best friend (and secret crush) Harmony Lane (Michelle Monaghan) was also at that party. As the twists build, and the bodies start to pile, Harry, Perry, and Harmony will have to team up to figure out what's going on and who is behind all these killings.

There's a lot to like about this film beyond RDJ's turn as Harry. He's great, of course, but he's supported by equally strong turns by Kilmer and Monaghan. The three all have easy chemistry together, which they sometimes play for laughs and other times play as anger and frustration, all complex emotions that the actors are able to work into their characters and use to create real, honest people. This is a really strong cast and they help carry this movie along its twists and turns.

For a noir detective flick, I also have to credit the movie for having a mystery that does actually work. Admittedly I didn't figure it all out by the end of the film, but once everything is revealed I certainly didn't feel cheated. The resolution makes sense, all the pieces are there, and there's just enough information that I could see other sleuths in the audience having clear suspicions about what's going on. It's a pretty well constructed noir film in that regard, and I enjoyed the twists, turns, and flourishes the film brought along the way. 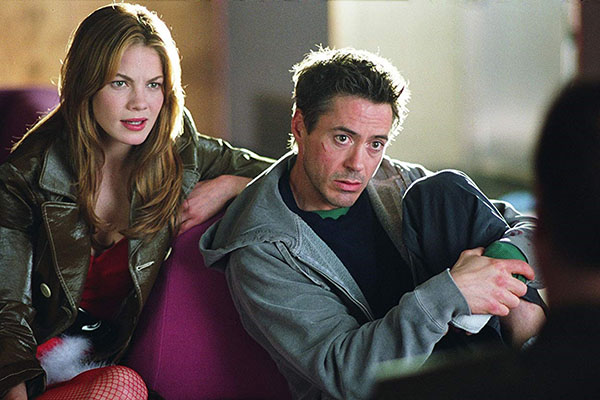 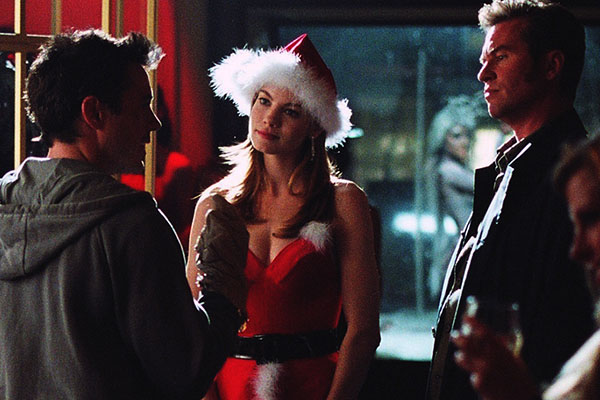 That said, not everything about the film has aged that well. Most specifically, despite (or maybe because) the film having a character named "Gay" Perry, the film feels rather homophobic. There are a lot of jokes at Perry's expense, not to mention all the times Harry seems grossed out by Perry being gay. There's plenty of humor that does still land, but these moments that feel like they came from a different era kept me from enjoying this film quite as much as I know I once did. Little off notes that sadly don't play as well, to be sure.

I really like a lot of what this movie has going on and I do think it's a strong film for the actors, the director's style, and the genre in general. I don't know if I'd recommend it to everyone (again those off notes do hold the back some in this era) but for fans of noir films looking for something a little different, this is a strong contender. Like all Shane Black films it's weird and funny, and if you can accept that this film feels like it came from a different era (which, as we are almost 20 years removed from it at this point, it did) then there's a lot to like in Kiss Kiss Bang Bang.