Although I don't hear it talked about all that much now, there was a time when the game series Lemmings was a bit of phenomenon. These little green-haired, white and blue idiots were all over, with releases on multiple computer systems and just about every console. They showed up, appeared everywhere, and then eventually disappeared. It was amazing how big they got, but what's just as interesting is how they suddenly disappeared as well, almost as if they had never existed at all. 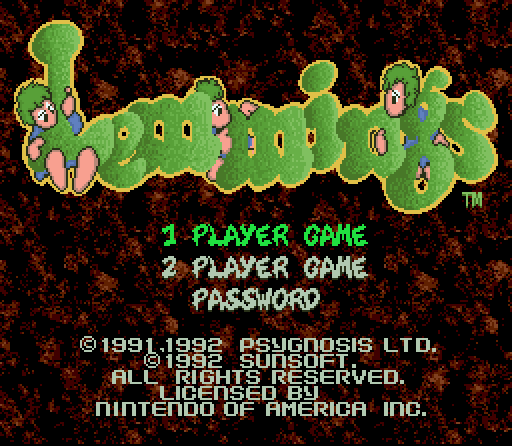 Created by DMA Design (who would eventually go on to be subsumed by Rockstar) and published by Psygnosis, Lemmings is, at its core, a puzzle platformer. The little idiots (that's what they are, really), will have to traverse a series of levels, getting from the entrance at one spot to the exit somewhere else, using only the tools and abilities their benevolent god (you) give them along the way. Get enough of the Lemmings from one side to the other (without too many of them dying one way or another) and you get to move on to the next stage. Pretty simple.

Of course, like a lot of puzzle games, "simple" is an understatement as the game will steadily ratchet up in difficulty, leading to some pretty devious challenges in the late game. Things start easy enough, with a series of tutorial stages that train you in the various abilities the Lemmings can get -- punchers and diggers, builders and bombers, and a number of other useful skills -- before eventually dumping you in stages where you'll have full access to all the skills so you can really play around with all the Lemming abilities. Free reign feels pretty good in many of these challenges.

Not all the stages will give you full access, of course. There will be specific stages that limit what you can do and how you can tackle challenges, and this only gets worse in the later stages as the difficulty really gets bad. And, if you want to try and save as many Lemmings as possible (and rack up a really good score on any stage) you'll have to really know the ways the skills work how what you can get away with. The challenges are what you make of them, but most players were probably perfectly happy just getting through the game once, not worrying about whether they saved every little dummy they could.

It's not an understatement to talk about just how ever present these guys were. Although I had a friend that had this game on his PC (along with one of the expansions), I picked it up for my SNES (as I've always preferred console gaming). For a title designed for a PC (with a mouse), the game translated surprisingly well to controllers. A lot of that is probably due to the pace, which is generally fairly sedate as you check out the levels and try to devise strategies to get through everything. That, combined with an easy-to-use interface (that applied itself well to the shoulder buttons on the controller) made for a PC game that almost felt tailor made for consoles. 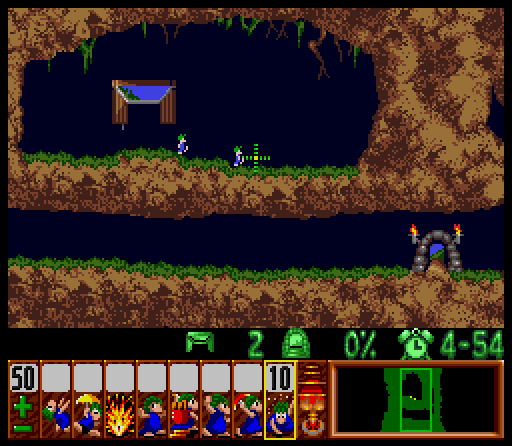 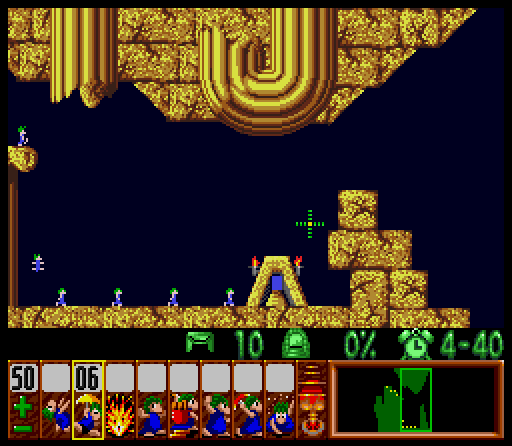 If there was one flaw with the game its something publisher Sunsoft (who got the rights for the console releases) couldn't have anticipated: just a few months after the game came out Nintendo released the SNES mouse. Although it's hard to say if the company would have bothered implementing mouse controls for the SNES (the Genesis port would have still lacked them naturally), it would have been nice to get that proper mouse experience for a game that was originally designed for it. I throughly enjoyed this game on my SNES with a controller, the option would have just been nice.

Although the main game, with its 100-plus stages, was a great time, what I really enjoyed was the two-player mode that came in the game. I spent hours with friends as we battled back and forth, trying to get our Lemmings to our exit despite having to criss-cross paths with the other player. This mode was absolutely devious and, although not console-exclusive, once again felt like just the right mode to play on a an SNES or Genesis. Trying to cram two kids into a small monitor back in the day would have been a chore, but with two controllers and a TV, the experience was perfect.

As I noted, though, after the initial release, when the Lemmings blew up (pun intended) and were everywhere, then suddenly, just as quickly, they weren't. There were a few sequels, starting with Lemmings 2: The Tribes, but it seemed like a big issue with the series was that the first game's concept was sure pure and refined that sequels either felt like they were diluting the basic concept or just repetitively gave more of the same. The first two expansions, Oh No! More Lemmings and the short Holiday Lemmings releases were the two best received of all the extensions of the franchise, but the rest of the series never caught fire the way this first title did.

Hell, if you go back and look, only the second game (of the initial sprite-based three) made it to consoles (and far fewer than the first title) while All New World of Lemmings remained a PC exclusive. 3D Lemmings did make it to consoles, but it also failed to set the world on fire, with the move to 3D leading to more confusing puzzles and harder controls. Again, it seems like once you start to add too much to the basic concept of the Lemmings, you lose what makes them so pure and fun. 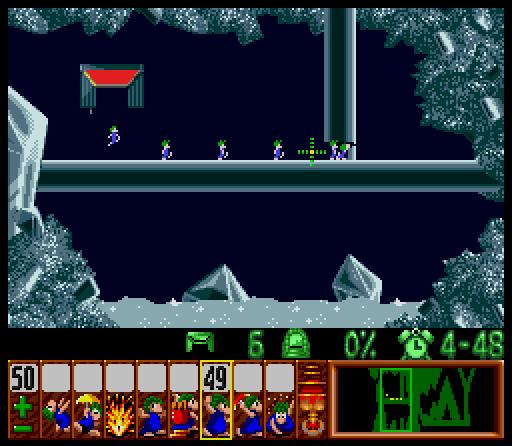 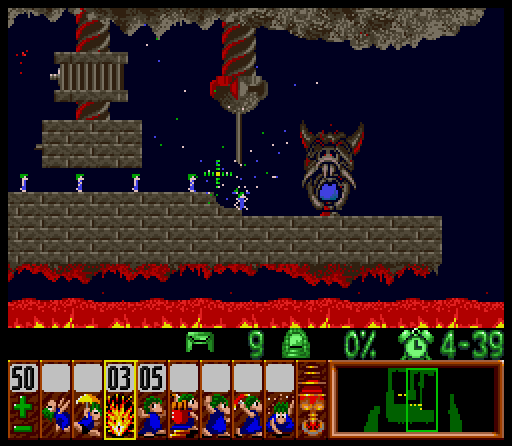 Eventually Sony got the rights to the series and that company has been content just to release ports of the original game. Honestly, I think that's for the best. While it's fun to see franchises evolve and expand, this feels like the kind of game that was never meant to be more than what it is. I doubt the original developers even had an idea of how to extend the franchise and make more of it, as evidenced by all the strange ideas they tried to throw into the later games that simply didn't work.

No, instead I'll stick to the first game. I still have that SNES cart and, occasionally I like to pop it in my console and take it for a spin. Even now, after all these years, there's something fun about watching the little idiots fall out of their entrance and wander around the mazes, avoiding (or careening into) death on their path towards the exit. This is a game with staying power and legacy, even if that only applies to this first title.