Who's Bad? We is Bad

A while ago I wrote about Shaun of the Dead (in an article that is up over on ICVD although I seem to recall I originally wrote it for the older version of this site before repurposing it). Originally I thought about doing a "Cornetto Trilogy" week here on the Asteroid G, but once I remembered that review I changed gears a bit. Sorry, World's End -- your day will have to wait a while yet. 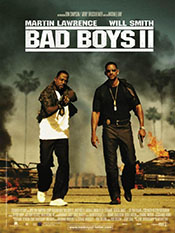 Instead, let's discuss the second of the three "Cornetto" movies in the context of action movies. Two, specifically: Bad Boys II and Point Break, which are both name-dropped, repeatedly, throughout Hot Fuzz. In Fuzz, Constable Butterman (Nick Frost) is absolutely obsessed with action movies, wishing his real work as a police officer was as action-packed as these movies. So, in the spirit of Butterman, let's look at his two favorite movies, and we begin with Bad Boys II.

To begin with, I had never seen either Bad Boys nor Bad Boys II before coming into this article. Since Butterman doesn't say anything about Bad Boys: The First, I skipped that movie. If there were essential plot elements I needed to know, I didn't get them, nor was that obvious from the second film in the (so far) two-film series.

In Bad Boys II: The Only Important One, Detectives Marcus Burnett (Martin Lawrence) and Mike Lowrey (Will Smith), work for the tactical narcotics taskforce dealing out harsh justice to drug dealers in Miami. Their day goes to hell when they get onto the case of ecstasy dealers causing carnage all up and down their city. It's up to these two to figure out who the suppliers are and wipe them out.

Let's first acknowledge that the plot of this movie is not in the least bit necessary for the enjoyment of the film; the flick is simply a vehicle for Smith and Lawrence to banter back and forth and, eventually, Michael Bay (the director of the film) to film violence in a pretty fashion. Of the two halves of the film, the action plays better than the buddy cop dynamics, which is sad because these are two very funny actors with great chemistry and, most of the time, their scenes just aren't funny. 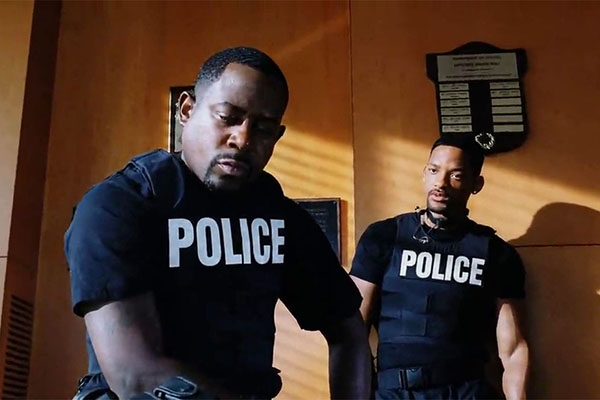 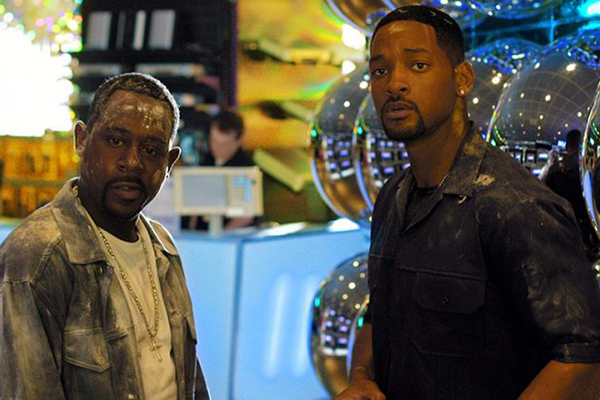 Seriously, normally I will laugh at Will Smith banter. The man oozes effortless charisma wherever he goes, and when he has another practiced comedian like Lawrence, I'd expect their scenes to just pop. Instead, though, I was mostly irritated by the two of them. When comparing the two against Butterman and Sgt. Nicolas Angel (from Hot Fuzz), the Bad Boys II characters are neither as likeable nor as interesting. Mike is rich and Marcus is a put-upon husband -- that was seriously the only character beats I got from either of them. Any time they were on screen and bullets weren't flying and shit wasn't blowing up, I was bored.

But damn, let me tell you, when the action was going on, the movie sings. Michael Bay may get shit from people for his directorial style (including from me upon occasion), but the man really does know how to film action well. He'll get characters jumping through the air, shooting two guns at once, or driving down the highway, their bullets flying, and you're in it with them, enjoying the thrill ride. It's no wonder Butterman loved this movie so much when he really wanted more action in his life.

For me, hands-down, the best action sequence was about mid-way through the movie. The two cops have gone to a Jamaican drug house (which would feel more racist to me if all the characters on screen, cops and bad guys, weren't black). They almost immediately get into a gun fight with each side in one of two connected rooms, a door between on each side. The camera starts rotating around the two rooms, through the doors, back and forth, so we get both angles of the actions. It's sheer genius and was prabably hell to setup, but it's just so arty. These are the moments where the film rises above the crappy script and becomes something even John Woo (lord of Hong Kong bullet cinema) would sit and say, "nice one." 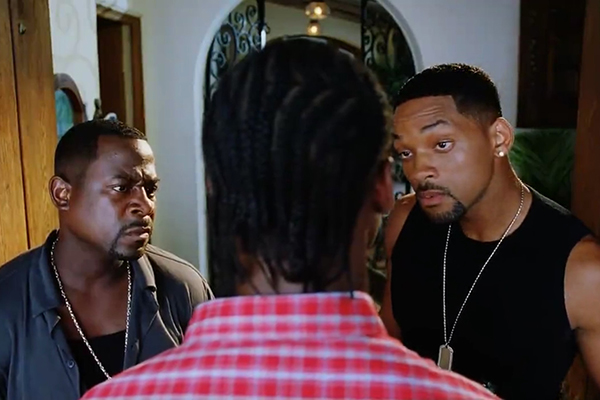 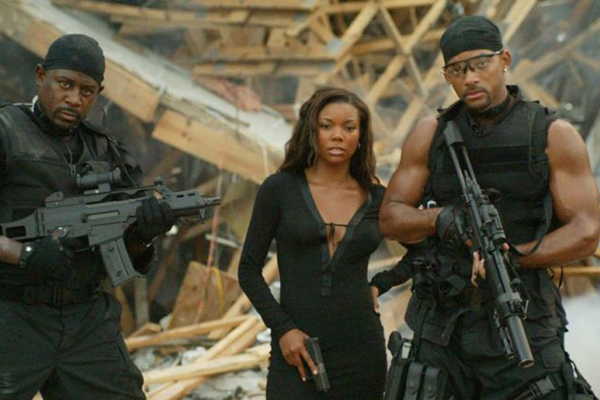 I wouldn't say the movie is at all good, nor is the action enough to elevate the rest of the crap in the movie. But if all you want is to see a man "firing two guns whist jumping through the air" (as Butterman put it), this is the movie for you.